Oghulagha, one of the company's host communities in the Niger Delta of Nigeria has lauded Brittania-U for providing employment opportunity for its teeming youths with the establishment of the new crude oil export terminal in the oil rich region.

The oil export terminal which began operations in December 2016 has employed over 1000 youths in the community.

The project reaffirms our commitment to generate common wealth, partner with and generate value for our host communities.

A community in Delta State, Oghulagha, at the weekend, lauded an indigenous oil company, Brittania-U Nigeria Limited for providing employment opportunity for its teeming youths with the establishment of a crude oil firm export terminal in the oil rich region.

Brittania-U Nigeria, which began operations in the oil region early last month, despite the nation’s economic recession, established the oil export terminal which has employed over 1,000 youths in the area.

The Chief Executive Officer (CEO), Mrs. Uju Ifejika said the firm had commenced operation with the lifting of its first cargo of 129,000 barrels at its newly established Ajapa terminal.

Ifejika in a statement said the company, which began operation in 2008, had been able to drill three developmental wells and one appraisal well, two of which were successful despite a loss of $23 million resulting from drilling a dry hole during its early phase of exploration activities. 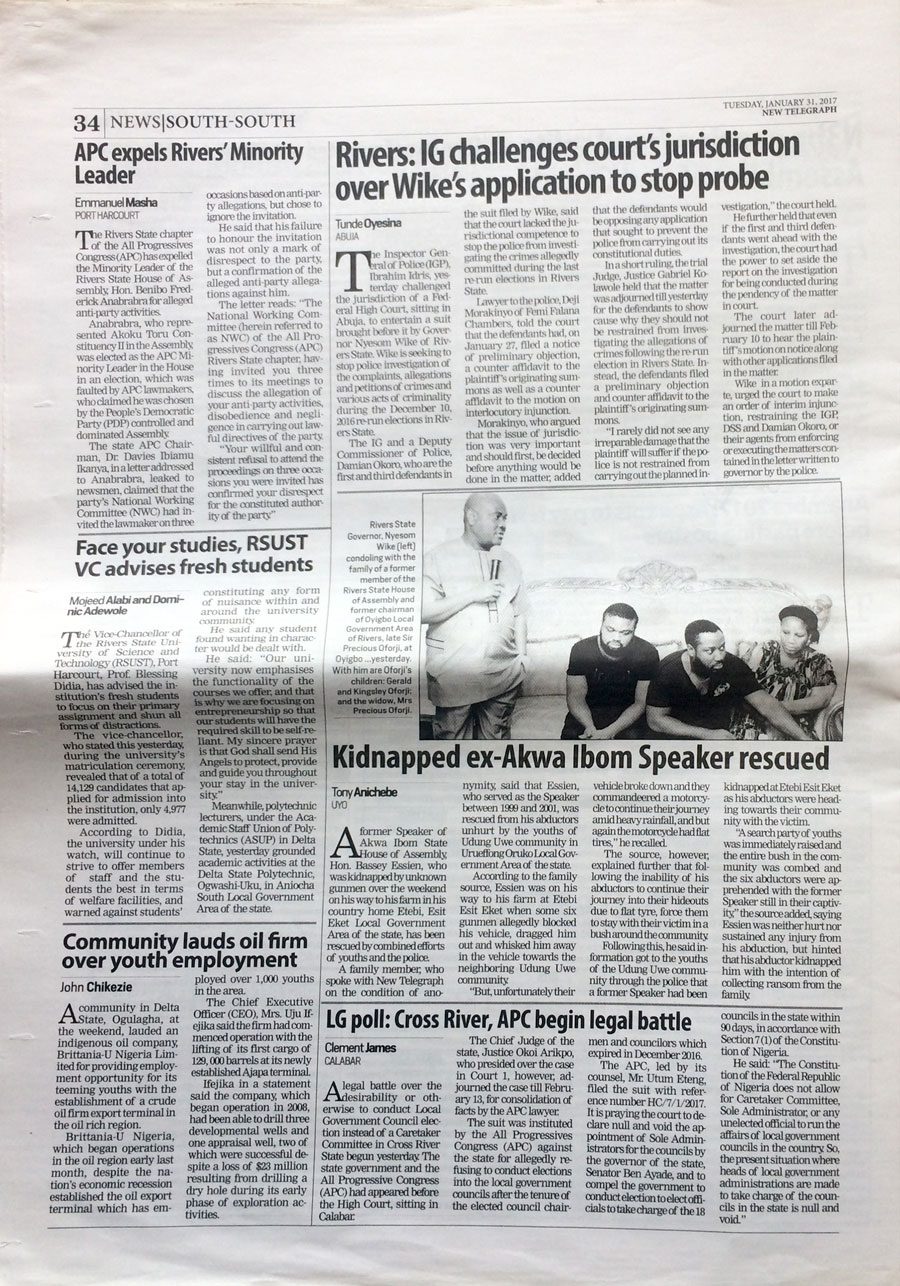