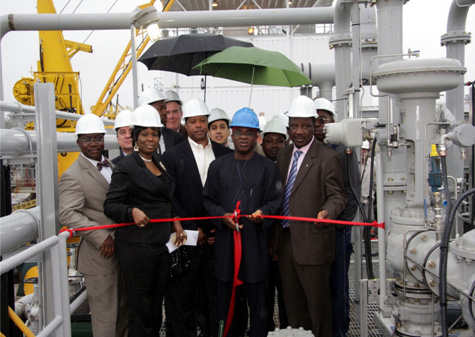 Between February and April 2008, Brittania-U Nigeria Limited (BUNL) embarked on its first drilling campaign at the Ajapa Marginal field in OML 90 in the Western Niger Delta, Nigeria.

Three wells were drilled, with one well being successful, the second well being inconclusive, and the third well unsuccessful. BUNL could be described to be in an Oil-Down-To (ODT) situation, with uncertainties of its hydrocarbon reservoir performance. This resulted in the deferment of a full field development pending close analysis of the reservoir production over a 24 month period, and so the company decided on acquiring a “purpose built Floating Production Storage and Offloading (FPSO) facility”, as the Early Production Facility (EPF).To realize this production facility, the Company purchased an 80,000bbls storage Barge which it converted into a 10,000bbls per day capacity and 60,000bbls Floating Production, Storage and Offloading facility.

Regrettably, the lingering insecurity in the Niger Delta at that time dictated the external out sourcing of this phase of the project, in order to meet the obligatory funding repayment schedule and contain the interest accrual on the loan. For the conversion, the Company awarded a turn-key contract to a JV between STAR ENGINEERING INC., a Houston based engineering company, and SLS SERVICES LLC, a Louisiana based project management/inspection Company, and TOTAL INSTRUMENT SERVICES INC for the Design, Engineering, Procurement, Installation and Commissioning of a 10,000bbls/day Barge-mounted production processing train to be the FPSO. The planned Early Production facility (a Floating Production Storage and Offloading – FPSO), was fabricated/commissioned in Houma, Louisiana, USA in August 2008. 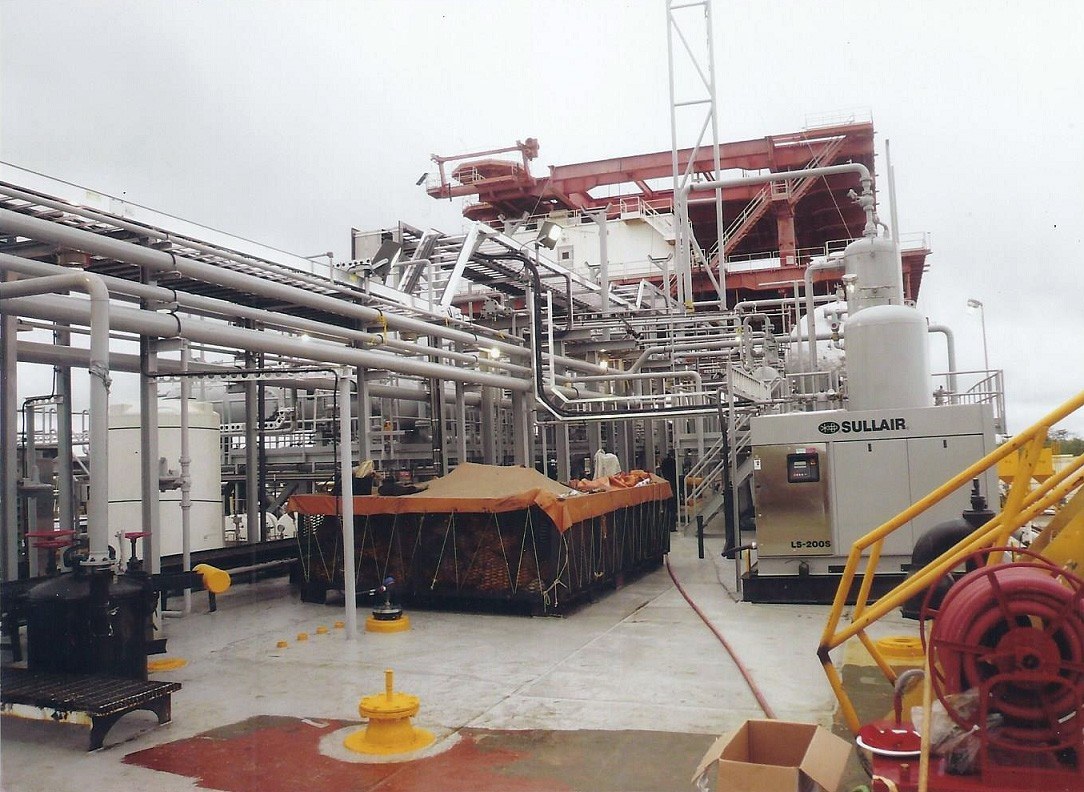 Brittania-U Nigeria Limited though a new indigenous Oil and Gas exploration company at that time, but a stickler for operational excellence, insisted on having the Regulatory authorities carry out hazop, as well as quality check at each milestone achieved in the process. During the Project start up in August of 2008 at Houston when the company firmed out the fabrication, the Department of Petroleum Resources (DPR), as the Government Regulatory body responsible for overseeing the activities of Marginal field Operators, participated actively in the project to proactively give steers towards ensuring prompt approvals, at each milestone completed, as well as approvals for the Facility to operate. Based on this premise, the Department of Petroleum Resources (DPR), made five (5) trips between August, 2008 and May, 2009 to the fabrication yard at Houma Louisiana, for the purposes of carrying out their oversight function of ensuring that the said facility met the Federal Government’s laid down industry standards for production facilities. 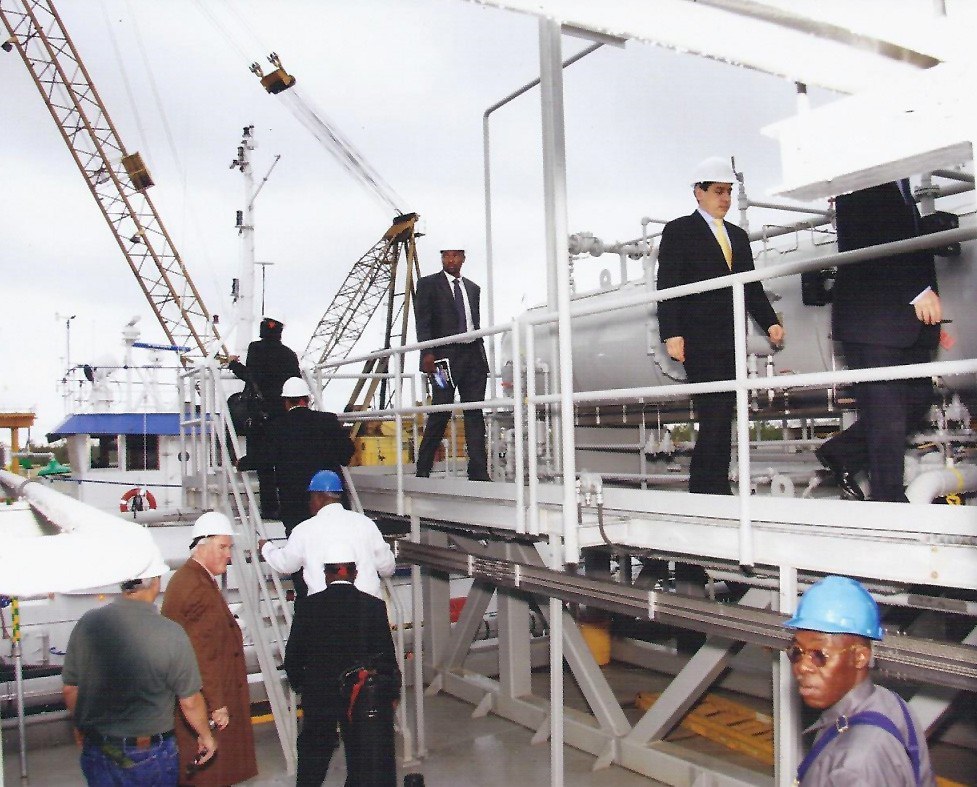 Preliminary costs for the fabrication/conversion is US$93million (including a dedicated off-taker taker barge and ocean going tug boat that will enable the Company manage total crude production/processing to market chain). The production facility which is a 10,000bbls per day FPSO with expansion capacity of up to 20,000bbls per day was completed in Seven-and-half (7̕½) month’s period. This was commissioned by the then Senate President of the Federal Republic of Nigeria – RTH. Senator David A. Mark – GCOR on the 16th of March, 2009 at Houma, Louisiana, USA. In attendance was the then Vice President of Chevron in charge of North America, Gulf of Mexico and the then Director, Department of Petroleum Resources (DPR) – Mr. Billy Agha. 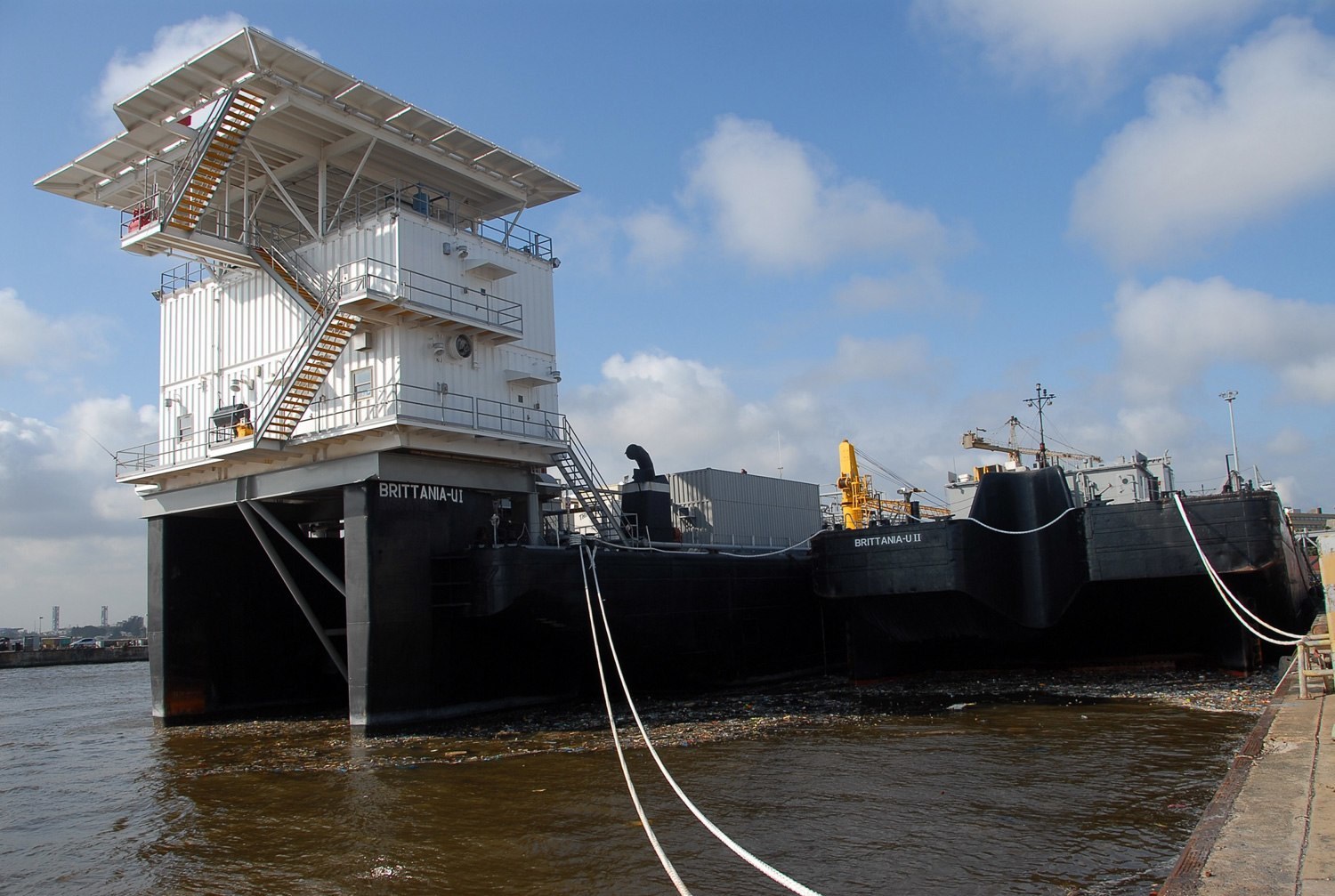 The FPSO was towed to Nigeria and has since been successfully moored on site at the Ajapa Marginal field. Today, the FPSO is connected to the well using a 4” flow-line running at the seabed.